Get to know the Foundation

Created in 1941 by Teresa Amatller, the Fundació Institut Amatller d’art Hispànic is a private institution that actively carries out careful cultural, research and teaching work in the field of the history of art.

Its creation responds to the desire to give life to one of Mr. Antoni Amatller’s wishes, who had written a clause in his will in which in the event that his daughter died without heirs, Casa Amatller and its collections would become a museum under the tutelage of Barcelona City Council.

With the desire to honour the will of her father, and because Teresa Amatller had no descendants, in 1941 she decided to carry out a first project to create a private non-profit foundation, which would bear the initial name of the Amatller Foundation. Under this premise and with the aim of giving the Foundation a didactic, artistic and patrimonial value, Teresa Amatller decided to offer the post of director to Josep M. Gudiol Ricard, who was already an artistic advisor to the family.

In order to define the new entity’s structure, Josep M. Gudiol was inspired by the solution adopted by the Frick Collection in New York, which was based on integrating all the art collections gathered by Pittsburgh industrialist Henry Clay Frick into a museum open to the public, and on the provision of a library (Frick Library) focused on research into the history of art and its collections.

Within the definition of this new entity’s structure, Josep Gudiol proposed the creation of an Institute that would help in the work of researchers and serve as a centre for research and propulsion of Hispanic art, under the name of the Institut Amatller d’Estudis d’Art Hispànic.
Teresa Amatller also decided to buy the Mas Archive in September 1941, which allowed, along with the photographic collection Gudiol, the photo library to be created…

Since 1960, and after Teresa Amatller’s death, the Institute occupied what was once the home of the Amatllers: the Main Floor

Years later, the Foundation decided to convert the main floor of the house into a Casa Museu that would show the original home of the Amatller family with all the original furniture and collections. The project to open the museum made it necessary to move the library and photo library premises between the flats – 2nd floor, 2 and 1st floor 1 of Casa Amatller itself.

Its mission resides in two fundamental objectives, as detailed in the foundation’s bylaws:

Beyond this mission, the Fundació Institut Amatller d’art Hispànic carries out a careful cultural, research and teaching work that makes it one of the most important cultural and art research centres in the city of Barcelona. 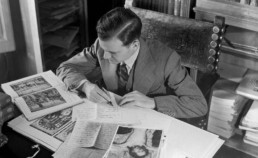 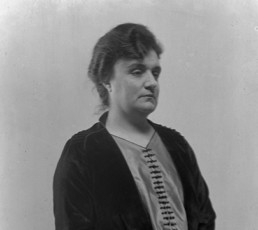